Issues with the IWPA and their PPP (IWPAPPP) 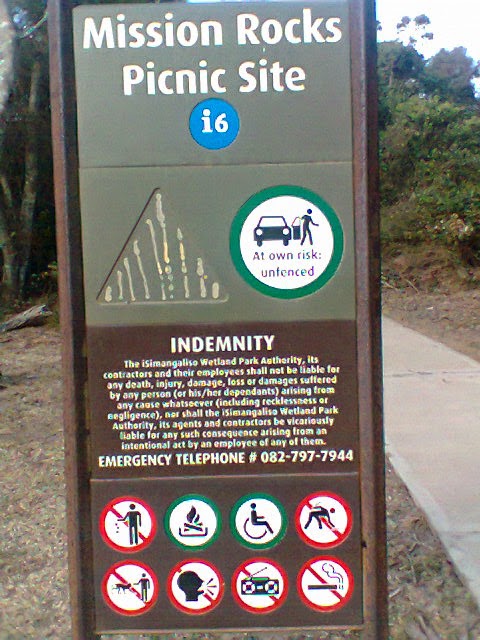 I was in St. Lucia along the Elephant Coast of KZN South Africa for a few days from Wednesday 24 September 2014 to Saturday 27 September 2014 to visit the iSimangaliso Wetland Park and the Elephant coast to go fishing with a few friends.  We had a great trip, even though there was no water in the town, as there is an issue with the municipal water supply in the area, which is apparently politically motivated, but we were not there long enough to get to the bottom of the issue.

Read about the iSimangaliso Wetland Park Authority public participation procedure meetings where this issue should be addressed and solved, but has  not been evaluated yet

WE stayed at a spot called BUDGET BACKPACKERS and they had a 5000 liter JOJO tank which they kept full,  so we had water to shower and clean, as well as flush the toilets.  We were rationed with water and the showers were only turned on for one hour in the morning, and one hour in the evening. 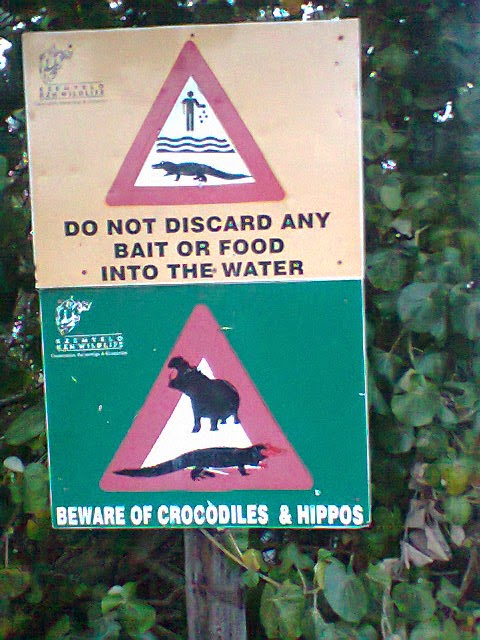 During our stay in St. Lucia I met up with many old friends, as I used to live in Mtubatuba which is just 25 Km to the west of St. Lucia, and many of those who I met up with asked why I had abandoned my fight with the IWPA (iSimangaliso Wetland Park Authority) around the 4x4 ban issue and the many job losses associated with this.  Well this fight caused me many economic losses and cost me an awful lot more than most will realise, and is one of the primary reasons why my business went bankrupt, along with many others who were dependent on the local tourism industry along the Elephant Coast of KZN South Africa as a knock on impact of the 4x4 ban.

Unfortunately my business was very informal, and I never kept any records, at that time in my life I also had a DRINKING PROBLEM, and spent an awful lot more money in the pubs than I should have.  I used to make and sell a CHILLI PASTE that was marketed under the brand name of FRANCO's HOTSTUFF which was quite well known by locals and domestic tourists within the area.  I would never leave home without a bottle or twenty and sell these during the day and spend the money on beers or what ever took my fancy.

At one stage I had three women working for me who cleaned chillies, peeled onions and garlic as well as ginger and other ingredients for my chilli paste.  I would spend a few days at home cooking and preparing so that these three women who did all the dirty work could be managed and understand what they needed to do for the next few days, as when I went out DRINKING,  I sometimes stayed away for a week or more, and only popped in to the house to catch a splash (TAKE A SHOWER) get some fresh supplies of chilli paste and a change of clothes.

During those years life within the Greater St. Lucia Wetlands Park was like living in paradise. The domestic tourists who frequented the Elephant Coast Beaches spent large sums of money on arts and crafts and in the local pubs, restaurants and shops, but this was a short lived issue, as the IWPA (iSimangaliso Wetland Park Authority) took a very dim view of domestic tourists and started calling them visitors, instead of tourists.  The IWPA also made things increasingly difficult for the domestic tourist to enjoy the wetland park, and supported the closure of all the beaches within the  park in terms of the 4x4 ban, and have done nothing to alleviate the huge loss of jobs and associated revenue caused by the fact that the domestic tourism market had a partial collapse, where KZN tourism estimated that 20 000 or more people lost their economic opportunities within the St. Lucia region. see http://bit.ly/ocasionalpaper20 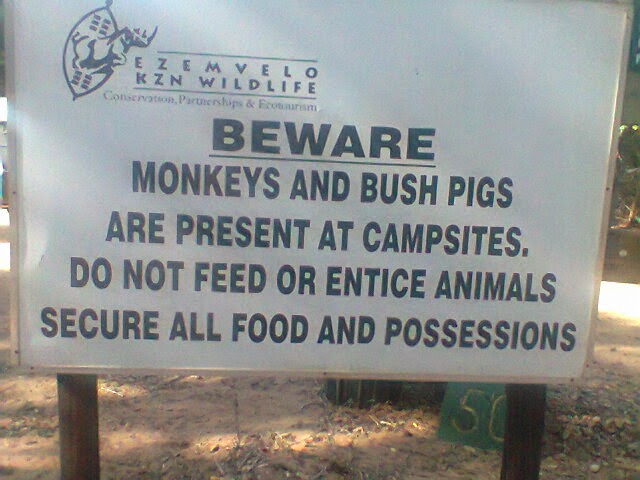 I left the Mtubatuba area in 2010  and have since then not been that active in the fight to open the Elephant coast beaches to reasonable motor vehicle traffic.  There has been a call by some to get me back into this fight, but i am not willing to step into this fight untill such time as I get a public mandate and proper support from the ARBU (Association of Recreational Beach Users) to this end I have established a petition with the AVAAST community and would appreciate it if you took the time and effort to sign that petition, as well as s hare it with your friends, your customers and your online audience.

Once there are enough signatures on this petition I will truly pick up the fight and put pressure on the IWPA to come clean and do what needs to be done to fix the issues associated with the 4x4 ban.  These are difficult issues that have many thorny aspects that most are afraid of tackling due to the divisions within the public on the 4x4 ban issue which is as a result of the pressures of the mining industry on theSouth African Government to get mining permits for the area between Cape St. Lucia Light House and the Mozambique border at Kozi bay. 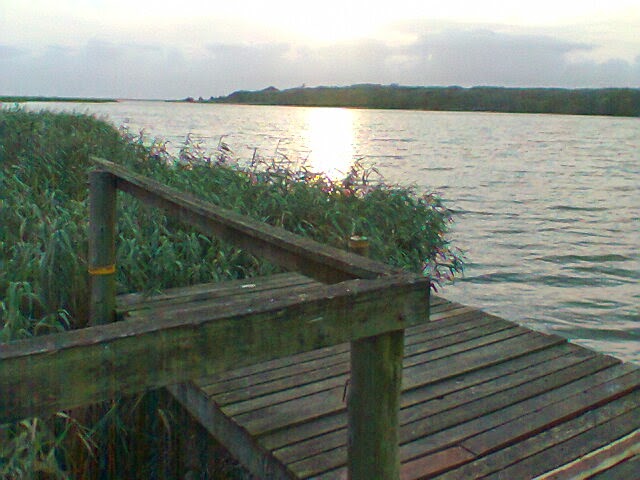 This in itself is another controversial issue that needs to be addressed with the idea that the rehabilitation of the land after mining is the primary issue.  The area is already in great ecological distress from poor management of the environment for a number of decades, and  lake St. Lucia is no longer  functioning as the fish breeding grounds that it was once world famous for.  Global warming and changing rainfall pattens as well as the poor agricultural management of the catchment area are issues that need to be mitigated and some form of relief for the past damages as associated with the drought in the late 1950's and the subsequent floods in 1963 which caused major disruptions in the ecological functioning of lake St. Lucia and the St. Lucia estuary system.  In the late 1960's there was an opportunity to dredge the lake back to its former glory, as the Dutch government had made some offers to assist in this regard, but politics got in the way and this project (DREDGING THE LAKE) was shelved, and forgotten.

These issues are still with us and are now even more vital to fix.  The only way that this will happen is if these issues are addressed at the mandated public participation process meetings, which the IWPA (iSimangaliso Wetland Park Authority) has been mandated to conduct in terms of the NEMA (National Environmental Management Act) and its subservient legislation such as the ICMA (Integrated Coastal Management Act) and the  ROD that closed all the south African beaches to motor vehicle driving, and many others.  The IWPA (iSimangaliso Wetland Park Authority) has also been mandated by the MSA or Municipal Systems act to have zoning maps and related issues in place, all of which have mandated Public participation process procedures that need to be done during the implementation phases of these laws and associated legislation. 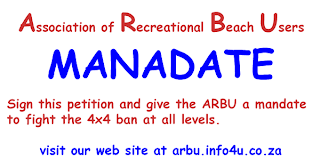 I have personally had great difficulty in discovering when and where these PPPM's (Public Participation Process Meetings)  will be held, and have sent email to the registered email address for he IWPA as per their web site and other official publications and had a ZERO response from them.  these emails are available upon request, and are my leverage when it comes to going to court because the IWPA have failed to implement the law, and the subsequent court cases that will be following in the not to distant future, as I have intentions of pushing these issues untill the courts either force the IWPA to comply, or the IWPA is replaced by a competent organisation that will run the IWP (iSimangaliso Wetland Park) as is deemed appropriate by the WHC (world heritage Council) at the UN (United Nations)
.

Your moral support is required for us to proceed.

During our stay within the St. Lucia region we also learned that there were very serious allegations of further mismanagement of the esturay, when the IWPA dug a trench which linked the Umfolozi River mouth to the Lake St. Lucia Estuary, which has since silted up and closed up further due to wind erosion which has made this trench ineffective and meaningless in terms of water management within the lake St. Lucia water systems.

There will be a follow up post discussing this just as soon as I am able to confirm things and have spoken to the sponsors of this action.

We as the ARBU managment require your input and you may send email to us at arbu@info4u.co.za

If you have any information that may shed extra light on these allegations of mismanagement of the St. Lucia water flow issues, please forward them to us at arbu@info4u.co.za or see our Google plus page

this is part of the 4u2gofishing project which uses the hashtag #4u2gofishing
Posted by Frankie2socks at 4:02 AM No comments: